One of the best schools for game design and game development in the world.

The Game Assembly is considered one of the best game development schools in the world. We have provided talents to the Swedish games industry since 2008 and 10% of the Swedish industry are alumni from TGA.

The Game Assembly will start a Game Programmer Level 7 apprenticeship
course in the UK 30 January, 2023. 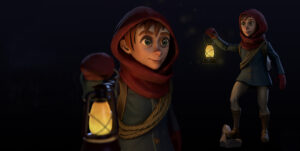 Some of our partners: